For this top 5 we will be taking a look into the long running Final Fantasy series. I personally had fun writing this list because I view the series as I do a pizza, everyone has their own take on the best combination of toppings. While it has had its ups and downs over the years, no one can deny the sheer impact that this franchise has had on the industry and specifically the RPG genre as a whole. 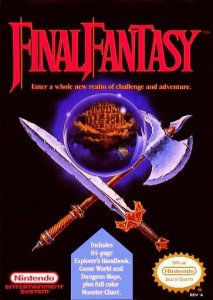 We begin this list with the game that started it all. A last ditch effort by a dying company facing bankruptcy that ended up forging the foundation of the dynasty that would last almost three decades and counting. It is a game that can be revisited time and again for its simple but captivating gameplay. You are granted the freedom to create your own party from the outset and journey through a classic tale of good versus evil as the Warriors of Light battle Chaos and his four elemental fiends. While not uncommon for future releases many of us were first exposed to turn based combat and over world exploration thanks to this classic. A testament to the quality of this game can be seen in the sheer number of re-releases that it has seen. The original Final Fantasy has appeared on more consoles and devices than any other game in the series. 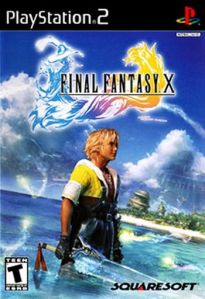 At the time of its release Final Fantasy X became a new benchmark for presentation. Players were graced with a beautiful and vibrant world as well as full voice dialogue for the first time in the series. This game utilized the sphere grid, a personal favorite system of mine for leveling up as it kept characters in their predetermined roles initially but branched out later allowing for the freedom to customize development. Protagonist Tidus introduced us, as well as himself, to the world of Spira on an adventure that revolved around searching for belonging. On his journey to find a way home Tidus was forced to find balance between his own needs and those of the greater population by joining in the fight against the devastating force known as Sin. 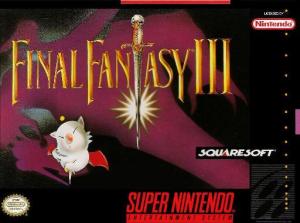 If I was forced to sum this game up in one word it would be character. Final Fantasy 6 tells its story, first and foremost, through its vast roster of characters. From the enigmatic Terra to the vengeance seeking Cyan this game succeeded in taking one of the largest rosters seen in a Final Fantasy game and imbuing each and every one of them with individuality, personal motivation and more humanity than most games could ever hope to convey. It doesn’t just start and end with the characters though as the world itself, the portrayal of daily struggle by the NPCs and even the soundtrack itself carry themselves with a personality that has not since been matched. Let us also not forget Kefka, the psychotic megalomaniac clown, who is often revered as the best villain Square has ever conceived, trying to destroy the world simply because he can. 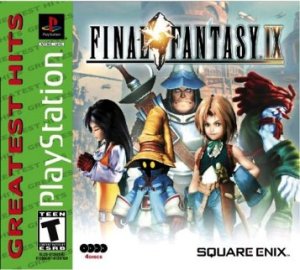 We now come to a game that I feel is one of the most underrated entries in the Final Fantasy series. 9 released after the PlayStation 2 had already released in North America. Tragically this caused a lot of gamers, who were enamored with the promises of next gen games, to completely miss out on a title that was a true return to form for the Square Enix team. While main protagonist Zidane was not the most memorable of leads, he did not need to be, it was the overall tone and atmosphere of the game that won gamers over. Sprite based characters made their return and the weight of the technological influence that dominated the previous two installments gracefully bowed out making way for the Fantasy side to take center stage once again. This game was also bolstered with a powerful story, addictive side game in tetra master, wonderful ability leveling system and a top notch supporting cast featuring the lovable but melancholy black mage Vivi. 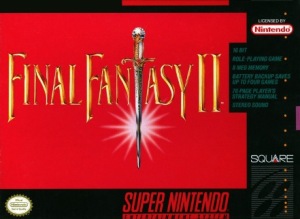 Many gamers out there knew this game as Final Fantasy 2 on the SNES. I knew and continue to know it as the greatest Final Fantasy game ever made and a defining part of my childhood. I will be the first to admit that nostalgia plays a strong part in the placement of this entry but I am confident that is the case with anyone’s personal selection for top Final Fantasy. This game introduced players to the Active Time Battle system that would be used in many games throughout the series to follow. This is one of the only games that would feature five active party members at one time and the first that involved pre-determined class roles. From the Spoony Bard Edward to brash Ninja Edge, this game told you when to use a certain character and then forced you to adapt to their strengths and weaknesses. Cecil began his adventure with his childhood friend Kain, at the time unaware that he was about to take us on an expertly crafted emotional journey featuring the likes of betrayal, love and redemption.