Starting with the Wolfenstein and Doom games of the world, then moving on to the likes of Half-life and Team Fortress, the FPS genre was primarily played with a keyboard and mouse.

Until one title sought to end that stigma, that title was Halo.

Halo made the genre more accessible to players outside of the PC and started the Trend of FPS games dominating home consoles such as the original Xbox and PlayStation 2. It was truly a console seller because if you bought an original Xbox, you probably bought it for Halo. Whether playing split screen with friends bragging about that one kill, or jumping into multiplayer against other people from all over the world Halo has consistently offered one of the best multiplayer experiences in the FPS genre. In this list we will count down the top five Halo multiplayer maps of all time.

Valhalla (Halo 3): The only reason why Valhalla didn’t make the main list is because it plays too similar to bloodgulch, so much so that it could probably be (and is considered) a successor to that map.

Haven (Halo 4): Halo 4 was awful; Haven is its only redeeming quality.

Lockout/blackout/lockdown: ghost of lockdown anyone?

Ascension/Pinnacle/Zenith: I don’t know why but I really enjoyed Pinnacle in halo reach pretty sure my first perfection was on this map. 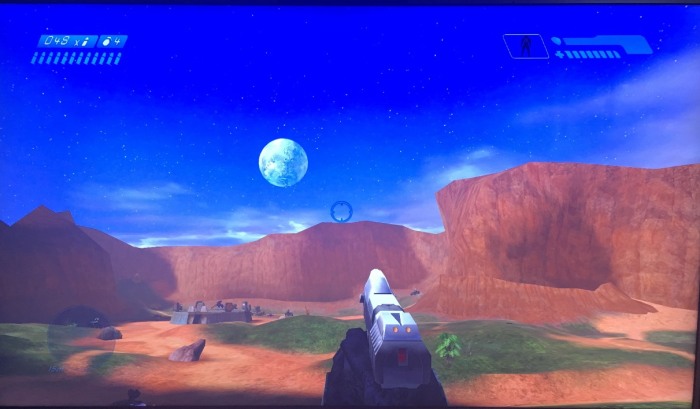 Starting with bloodgultch in Halo CE, this map has stood the test of time; so much so that it has been remade in almost every game since. It is perfect for BtB Slayer and King of the Hill; however capture the flag is where this map really shines.

There are a variety of options for running flags, be it in a well-timed warthog spawn near the rear base exit or a sneaky trip through the tunnel system or rock wall formation on the sides of the map.

Running through the middle, while possible, isn’t recommended and will more than likely result in a few thrown controllers.

Also the map is huge, but thanks to vehicles and teleporters, never feels too large to navigate. Wide open spaces make sniping especially satisfying, but when the map is used to its full potential and the players capitalize on the geometry it doesn’t feel like the proverbial fish in a barrel. The map strikes a nice balance between openness and cover making for great gameplay. 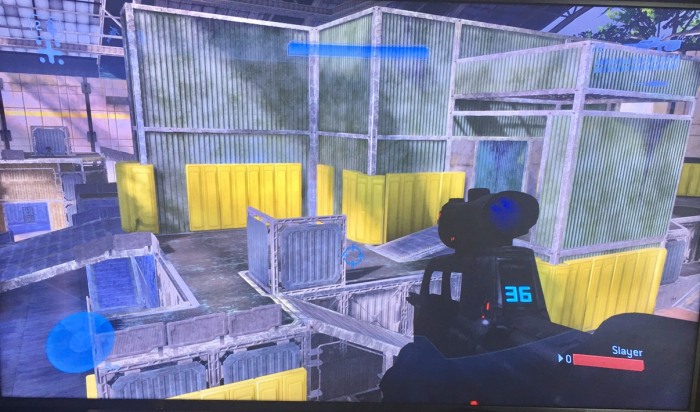 This is the first of a few entries you will see from Halo 3.

It is the quintessential Slayer/Capture the flag map. Striking the perfect blend of openness while sniping from ST2 (sniper tower 2) and that close combat gritty feeling going into sword room and long hall. The weapon and power up placement really balances out objectives and provide key points to fight over and control, while avoiding the feeling of clutter and congestion. The overall symmetry and balance of the map is what makes it one of the most popular of all time.

Graphically one might say that the map is on the bland side with the over usage of concrete greys, however given the concept of the map it’s understandable as it’s meant to mimic a UNSC training facility. Looking out into the left of the map you can get a glimpse of the skybox which is wonderfully done with pelicans and warthogs littering an empty hangar yard which while not incredibly detailed certainty does help with the overall motif.

Guardian is as asymmetrical map which is best suited to team slayer or team doubles due to its relative small size. Mid-range combat is where it excels, with most battles happening between 10-30 meters away. However, its multilayered concept means that it never feels too confined or claustrophobic. This feeling of slow is also aided by two strategically placed man cannons at the bottom of each side of the map.

It features overshield active camo as a power-up as well as a shotgun, sniper rife and gravity hammer as power weapons. They help a lot as controlling the few mid-range weapons in play will ultimately win games.

In my opinion, the map is beautiful graphically and still holds up to this day. It really carries the right atmosphere of an old abandoned structure that nature has started to reclaim over thousands of years. Lots of vine and overgrowth litters the map and the skybox features alien creatures flying through the air and silhouette of an ancient forest far in the background.

What’s interesting about these birds is that if you are able to shoot and kill them, it is an indicator that you had host for the game (go ahead try for yourself).

My first experience with this map really wasn’t until Halo Reach with the version Asylum (I know I know) but I fell in love with it. There are few things as satisfying as grabbing the sniper rifle, then moving back to flag in order to snipe opponents who decide to try and also grab one but just sit in the exact same spot.

There small variations between the original Sanctuary and Asylum. Most notably that the two bridges leading to ring 2 don’t line up in the original making sniping from one end to the other not possible which I actually like, as I felt Asylum made sniping a bit too easy

This is a symmetrical map so it is perfect for slayer king of the hill but especially good for Oddball, which happens to be a favourite game type of mine.  It offers various nooks and crannies as well as sufficient cover to protect the ball carriers on one side but also not completely impossible to kill and retrieve on the other side.

Combat is usually centered around either the sniper boxes or the large structure in the middle of the map appropriately named rings 1, 2, and 3 with the last being probably the most dominant position available as you have a clear vantage point of everything going on.

Out of all of the maps that Halo has ever featured, with the exception of bloodgulch, none are as recognizable as Midship. It’s a small, confined map which makes for fast paced and furious combat. So much so that the only two power weapons found are the sword and shotgun, because of this the map can feel quite claustrophobic like you are always in harms way.

What I love the most about this map is the feel of fighting on a covenant ship that is flying out in space. In fact, if you move to the blue flag spawn and look out the porthole you can actually see the earth.  The feeling they gave us by having the roof of the ship made of glass so that we can see out into the stars and even spot debris flying by is a great touch.  Little details inside the ship like holograms in an alien language and schematics on the walls and command rooms just give the map an authentic Covenant feel.