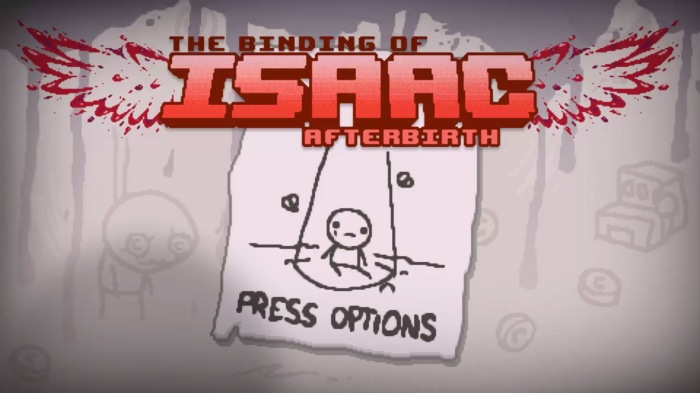 The Binding of Isaac is a tough game to categorize and probably one of the strangest I’ve ever played. Brought to us from the same twisted minds that made Super Meat Boy this genre-bending game can be described as a “2D rogue-like dungeon crawler bullet-hell twin stick SHMUP” (what a mouthful).
The story begins with Isaac’s mother hearing the voice of god and is given a message to sacrifice her child. Isaac narrowly evades her grasp escapes through a trapdoor into the basement. Isaac must work his way down deeper and deeper into the dungeon until either he dies or he defeats specific bosses and gets one of the endings. There isn’t much past that since that is where game begins and a lot of it is left to interpretation. However, the themes of escapism, loneliness, and mental illness can be seen throughout the rest. 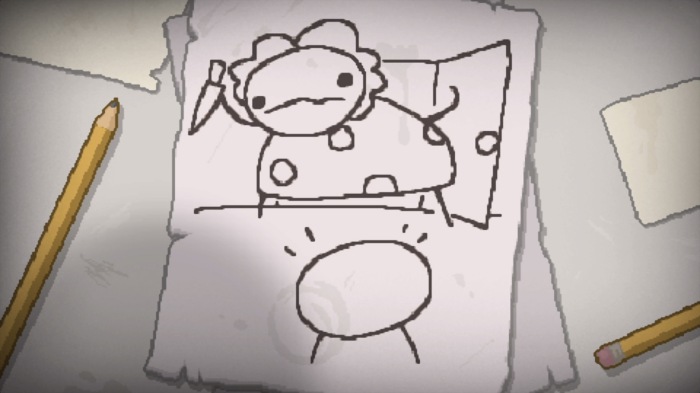 Gameplay is pretty simple, but feels great. You move your character around from room to room and shoot at enemies with your tears. Movement and shooting pretty standard for a twin stick shooter allowing freedom of movement independent of firing. Controls are solid and function wonderfully with the twitch reactions needed for any bullet-hell moments. If an enemy or obstacle hits Isaac he takes damage and if he takes enough damage you lose. Luckily there are multiple ways to heal or increase your hit points such as hearts and power-ups. At the end of every floor there is a boss (or two) and if defeated a trapdoor appears for you to go down. As you get further into the dungeon enemies, rooms, and bosses become progressively more difficult making death more and more likely. To combat this you’re given a plethora of power-ups both passive and active. Some will affect size, range, and shape of tears. Others will increase your hit points or allow you to fly. These power ups can be hidden in rocks, secret rooms, or found on enemies, bosses, in treasure rooms. There is a ridiculous number of these items in the game and can combine to make some amazing or terrible combinations which adds to make each run unique. In classic rogue-like style each floor is randomly generated with different items, enemies, and bosses. 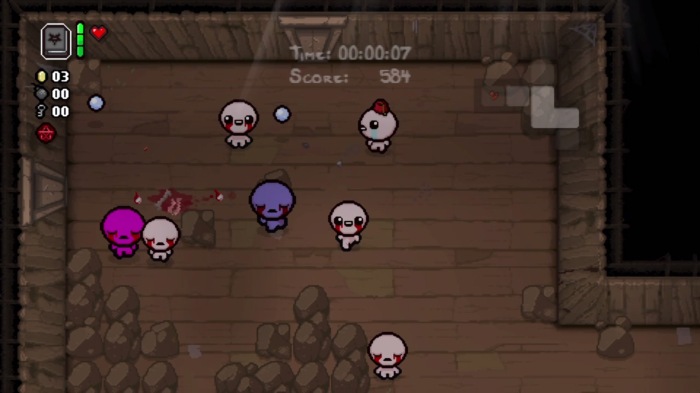 Everything in the game errs on the side of morbid. Bosses spit blood and poison at you, the basements/caves/etc. are filled with poop, fire, skulls, spike traps, and enemies fall apart in pools of blood when you kill them. All of this would probably be really off-putting if it wasn’t for the almost cute art style and sense of humour. It is reminiscent of old 16 bit games with its bold outlines and colours, but still has a sleek 1080p resolution for our current generation of consoles/PCs. Even the sound effects are a little creepy but fitting with each squish, hork and cry. The soundtrack though pretty basic works for the feel of the game. There are plenty of biblical influences such as being able to fight Satan and the four horsemen or power ups like the 666 mark, book of revelations, and the sacred heart. Even most of the characters in the games are named using the bible with Isaac, Cain, Lazarus, Judas, Eve, Etc. 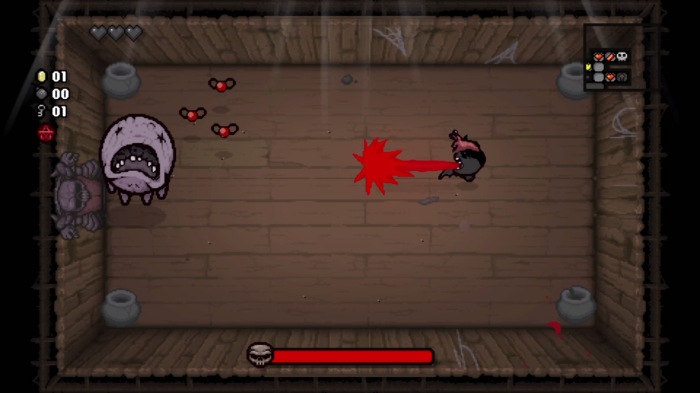 Isaac isn’t the only playable character there are others which all have different base stats and unique starting items or playstyles. For instance Lililth (added in Afterbirth) cannot shoot tears normally and instead has a follower which fires for her, this makes hitting enemies difficult at times but works well in tandem with her starting ability to double the number of followers she has for the room. All of these characters are unlocked through in game challenges such as defeating a certain boss with a specific character or even dumping enough coins into machines across multiple playthroughs. Power-ups are also unlocked through these means so the first few runs the item pool is significantly smaller than your 50th. There are so many “secrets” in the game that it actually becomes cumbersome to keep track of what you have or haven’t done. This wasn’t really a detractor though and in fact I found myself just playing it over and over again just to see what I could get. 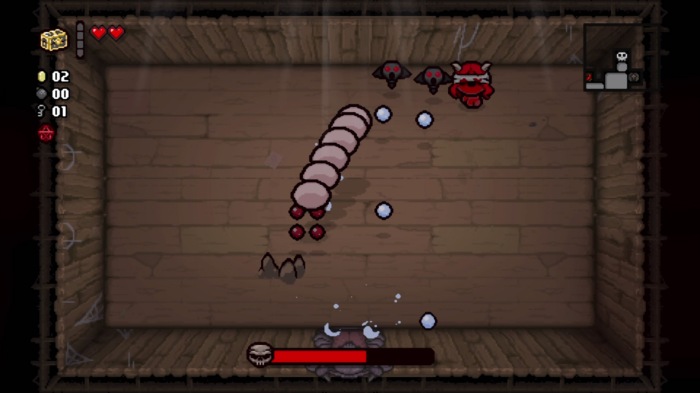 For me, this game knocked it out of the park, simply put it’s a fun game. There is so much replay value and it’s so easy to just play a few rounds when sitting at your computer or PS4/vita without having to spend much time or dedication. The cost when I purchased it was $14.99 but that pales in comparison to hundreds of hours I’ve plucked away at this game, so much so that I didn’t even flinch at the $10.99 price tag for the DLC ‘Afterbirth’ when it was released. I can’t say the game is for everyone since some may find the macabre style unplayable. However, anyone who can look past this veneer should give the game a chance, you might just get hooked like I did.