There is something genuinely terrifying about a figure in a white biohazard suit and a mask coming towards you full tilt, even if that entity has no mind of its own but is merely an echo of your previous actions repeating themselves. Your past really does come back to haunt you in Output Games’ puzzle horror game Echoplex.

You are an engineer for Clonochem Corporation in a locked room. The steel-lined wall is only broken by a single mirror and the only objects in the room are a gurney, an IV bag, and a gate that resembles a metal detector. As you pass through the gate you’re taken to a puzzle room, which once solved ends with a “memory retrieved”. The rest is for you to piece together with live-action video clip breadcrumbs given after solving each level. I don’t want to go too much into story since the narrative is interesting if little unfinished in the version I played, so I’d hate to spoil anything. 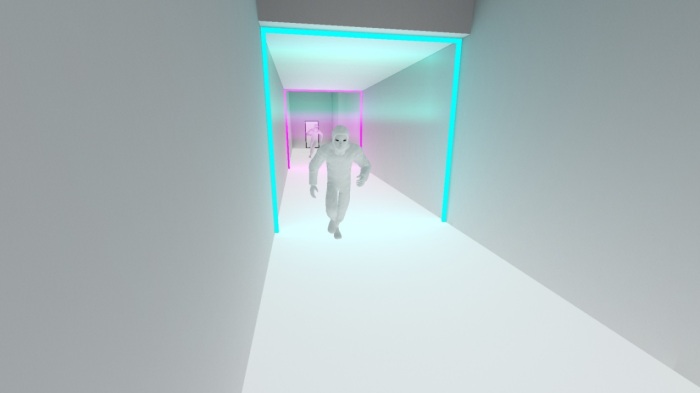 Puzzles consist of a 3 dimensional series of rooms and corridors in which you or your echo(es) open doors and make it to the memory locked within. Timing and spatial awareness are key in solving each level as if you run into an echo, or if two echoes run into each other, you fail. Your only assistance is a monophonic female voice that provides tips and lets you know when echoes appear which was reminiscent of GLaDOS (maybe a little less homicidal A.I. then she was) from the portal series. As you progress the levels become larger and more complex and my only real complaint with this is that there are some parts of the puzzles that feel pointless, especially near the end of what is available. 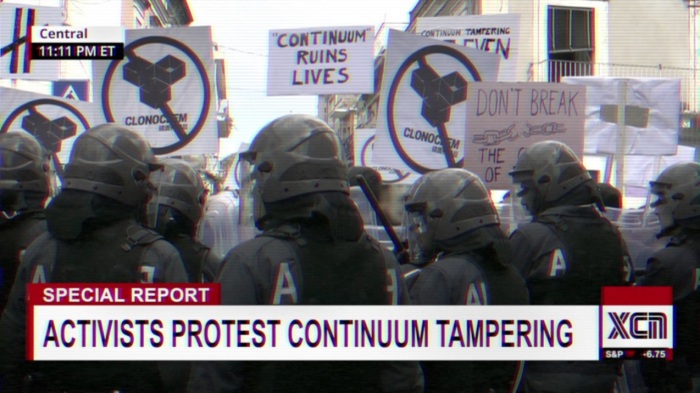 There is a dichotomy with the aesthetically minimalist puzzles and the live-action cut scenes all of which add to the intrigue and honestly make me want to find out more about the story. What are the puzzles? Why am I here solving them? What kind of company is Clonochem anyhow? As mentioned, the puzzles are as simple as they get with no textures (other than you and your echo) and a CMYK colour scheme. The minimalistic style almost gives the feeling of being inside of a computer simulation like the movie Tron. Outside of the levels the graphics in the room are adequate and do not take away from the overall feel of the game. The ambience suits the cyber-horror genre wonderfully. As I heard the footsteps of the echoes chasing me it induced a sense of panic and the music itself got faster and more frantic as they got closer making my heart rate match pace. I give the creators credit for having that uniform mysterious and scary feel throughout the game.

A small gripe with the game is the inclusion of chapters. I don’t feel that each really had a separate story arc aside from the one throughout the game and since there is a level select why also divide it into chapters. Another would be that I want to be able to view the cut scene for each level without having to replay each puzzle from the level select. I realize that once I solve a puzzle it is much easier to redo it, however some require rather lucky and precise timing which may take a few tries to replicate.

The game is rather short and without much replay value. However the early access version does not have the full set of levels (only 15 of the planned 27) so some of that may be addressed with the full release. I think this game could benefit from a time-trials mode so that replaying levels to get a bronze, silver, or gold time might add some replay value; maybe having some unlockables like concept art, behind the scenes videos, or a character model skin for achieving gold times. 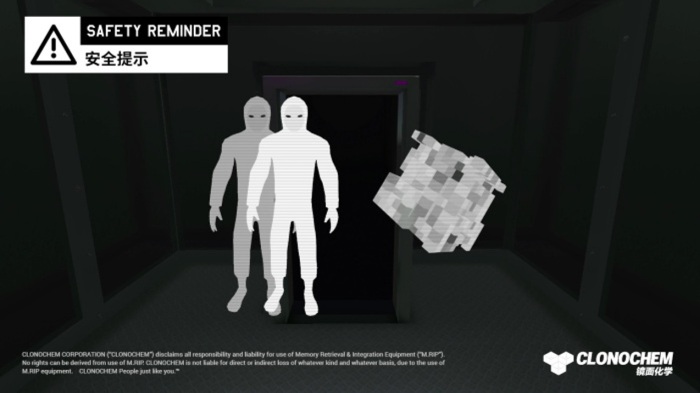 I can make comparisons to The Stanley Parable or Portal but that’s been done so let me simply say if you enjoy visceral mind bendy puzzle stuff then this is probably for you. The $10.99 ($8.99 with early access) price point is not terribly expensive for what you get even if the game is not the longest and you get that warm feeling of supporting the little guy. Overall I enjoyed what I got to play and I’ll be looking forward to the full release soon.