Another Game that Suffers from “Am I Close to the End Yet?” Syndrome

A game with collectables, cultural storytelling, action, adventure and puzzles. All of these elements would naturally make for an amazing game. Some would even say it sounds like a Zelda-esque type experience. Unfortunately for Mulaka, developed by indie studio Lienzo, the fun experience stops after the first puzzle.

Mulaka is an action/adventure game for the Playstation 4 (also available on other platforms) that focuses on a Mexican culture of the Tarahumara people. Right out of the gate you get this Journey, Okami, Ocarina of Time (Zelda) feel and it makes you really excited to explore the worlds that appear in front of you. The combat is simple with basic light and heavy attacks with some offensive and defensive skills mixed in. The first level actually makes you feel like you are having a ton of fun fighting small scorpions and miniature monsters and discovering collectables as you run around. There is even currency you can spend to upgrade your skills or main combat abilities but that becomes unnecessary because none of the enemies or bosses are terribly hard.

The point of each world is to collect three Spirit Stones that opens a gate and leads to a boss. Fight the boss and move on to the next world. You can return to the previous worlds by a fast travel system built into a map (you return because there are collectables you may have missed but you don’t have all your abilities to retrieve them yet). Once again, the first world/level really makes this game fun and inviting. Everything flows really well. You feel accomplished and the secrets hidden behind areas you can’t get into yet make you want to return later. This excitement wears thin though because you end up doing the EXACT same thing in every world with small platforming obstacles to get past in order to advance. The puzzles (or should I say singular puzzle) in the game repeats itself over and over with small ramps in difficulty to each one. The puzzle even seems to break the flow of gameplay, which is unfortunate.

The art style is reminisce of Rime or Okami. You will definitely appreciate the time and effort of the aesthetic. The music does suit the environments but can get very repetitive and annoying at times.

The enemies do get a tiny bit more difficult as you progress but you do end up repeating the same move sets on every enemy to down them. Whether it is a scorpion or a giant mushroom, your hack-n-slash skills will come in handy. Even the bosses are simplified to the extend that they give you the solution on how to defeat them in the descriptions of each boss. There is no need to discover.

The level design in this game is both good and bad. I found myself going into corners that had no business being corners or paths that lead to nothing at all. I did enjoy discovering Artefacts and other small collectables but near the end of my experience with the game I ended up rushing to finish rather than taking my time to explore and this is where the big downfall with the game is.

Mulaka suffers from a story that is text-based and not visually represented well in gameplay. You will skip a lot of the text and start to not care about the story at all. Once you start missing story you end up wanting to get to the end as fast as you can. Let me make one comparison here but on the opposite spectrum: Never Alone. Never Alone is a game where the story is represented very well and you are very interested in how the present the information to you. Mulaka does not do this and it causes the game to be rushed instead of savoured. 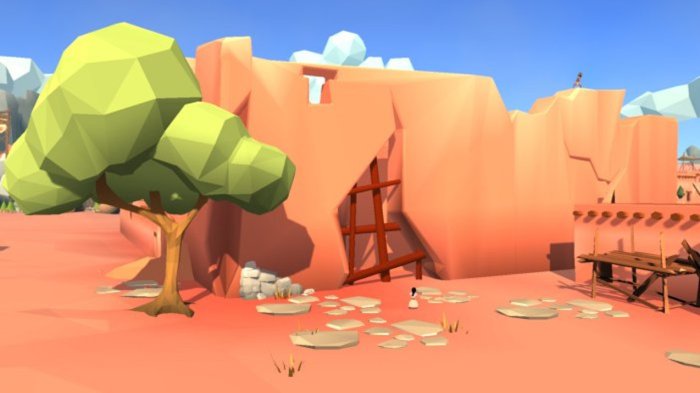 Mulaka was a rollercoaster ride for me personally. I really liked the first world and I thought I was truly going to enjoy it. The fun lasted about an hour before I found myself rushing to find the Spirit Stones and finding out how close I was to the end, which ended up being a 5-6 hour experience.

Should you get Mulaka? I think this game will be a Playstation Plus title in the future and be on sale a lot in future Flash sales. My recommendation is to wait on it unless you are a dire action/adventure gamer who needs a fix.