The Friends of Ringo Ishikawa, developed and published by Yeo, is an interesting mix of story telling, RPG, and classic beat-em-up mechanics. It has well drawn pixel graphics that bring to mind Streets of Rage and Double Dragon, a chilled out soundtrack, and depth you would not expect from a game of its type. 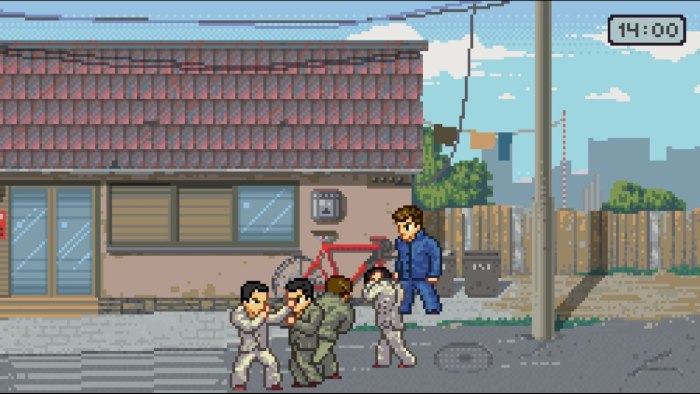 The graphics are some of the most detailed pixel style graphics I’ve seen in a long time. Characters are easily distinguished from one another, backgrounds are full of little details that make the world come alive, and the animations are smooth enough to make the fighting feel satisfying. The colour palette sticks to a somewhat washed out, real-world look that fits the game’s aesthetic well. In a lot of games that use pixel graphics, it can sometimes be hard to tell exactly what is going on at any given time or what a given background element is supposed to be, that was never the case with this game. I always knew what I was looking at and it always looked good. Some of the backgrounds, especially the open grassy areas, are downright beautiful. Much like the graphics, the sound is simple but detailed. Punches and kicks sound crunchy, the various ambient sounds sound exactly as they should, and the chilled-out soundtrack really ties everything together. I often found myself smoking (in game) just listening to the soundtrack and walking around with my hands in my pockets.

The gameplay is somewhat all over the place. There’s a lot to do in this game. You can pick fights with other gangs, play various games like ping-pong and pool, eat, go for coffee, study for tests, read books, go to school, talk to various classmates, work out, and probably more that I never even came across. The fighting system is solid, feeling right out of something like Double Dragon, but with the added depth of stats and moves that can be learned and upgraded. Much of the scholastic related stuff is just a time sink, reading or doing homework just takes time to complete. Oddly enough, I spent most of my time pursuing these scholastic endeavours; I slowly upped my knowledge in the various school courses, read every book in the library, and only really picked fights when I happened to find two gangs already engaged in combat so I could get cheap knockouts and rob them of their pocket change. It took me a while to get into the habit of sleeping at proper times and I found myself able to completely ignore the food requirements with no noticeable side effect (there may have been one, but if there was it was not easy to tell). 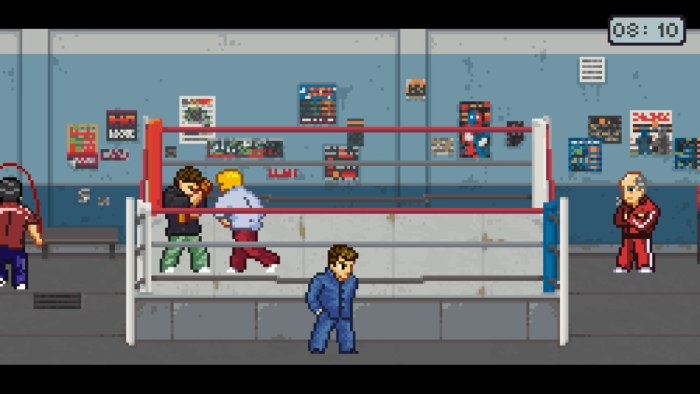 This is not a game for everyone. It takes time to figure it out, many of its systems are not well explained and are somewhat arcane, and some of the activities can feel a little grindy. That said, it’s an ambitious title and I am sure there is an audience for this game that will absolutely adore it. I plan to play it a bit more but I feel I need to actually do a bit more fighting to really find my personal niche in the game. If you’ve ever wanted to play an anime coming-of-age RPG crossed with a beat-em-up and you have $17.49 CAD burning a hole in your pocket, I’d suggest you pick up The Friends of Ringo Ishikawa.