Disgaea 5, originally released on PS4 in 2015 and then ported to the Nintendo Switch in 2017, has recently made its way onto Steam in the form of Disgaea 5 Complete. Developed by Nippon Ichi Software and published by NIS America, the Disgaea series hasn’t been seen on PC since Disgaea 2. As a newcomer to the series, I wasn’t entirely sure what to expect and I was pleasantly surprised by what I found. While the game’s music and art style aren’t exactly my thing, the art is beautiful and well drawn and the music fits the overall feel of the game and is well written. 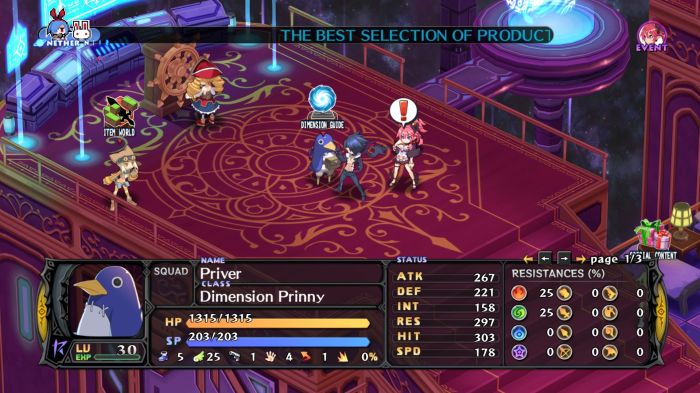 Disgaea 5 is a tactics based RPG that should be familiar to anyone who has played Final Fantasy Tactics. You have limited movement points, you can move each character once a round, etc. You have various characters with unique abilities who can also combine their attacks into combination attacks for bigger effects and more damage. Your gear and roster is managed in a between mission lobby area that also allows you to talk to NPCs to learn more about them or to push the story forward. I found the gameplay is what really hooked me into enjoying the game. It has a lot of depth when you start figuring out combo attacks or even throwing your characters with other characters. Each level is almost puzzle like in trying to achieve the maximum score and getting the rewards from doing so. 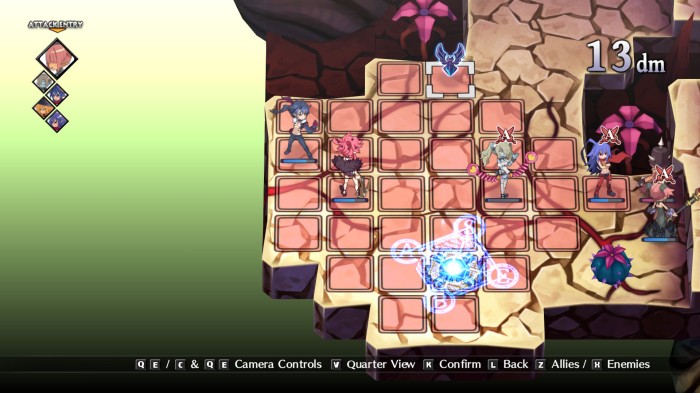 As for the story, I found it nothing to write home about. It pushed the game forward, gave me context for the battles, but it involved some weird romance tropes I just wasn’t into. The game takes place in a netherworld that appears to be beset by constant conflict. You follow one of the denizens of the netherworlds trying to take territory. While I wasn’t that into the art or sound design either, I can say that both are high quality. The characters and levels are well drawn and use an interesting 2.5D style where characters are sprites but the level is polygonal. The soundtrack reminds me of something like Marvel vs. Capcom 2 or the Persona series; background music that’s a bit jazzy and high tempo when it needs to be.

Overall, Disgaea 5 Complete is a solid game. Even without being a fan of the art style or story tropes, the tactical gameplay is deep enough to make the game worth playing. One suggestion I would have for anyone planning to pick this up is to avoid using the characters that come as part of the DLC. Their power level is far above early game fights and they trivialize those fights by killing many enemies in a single blow. At $49.99 CAD, I would hold off for a sale if you’re like me and only interested in the gameplay. If you’re also a fan of JRPG tropes and stories, then I would suggest picking this up at full price as it’s a gorgeous game with deep and satisfying gameplay