Fade to Silence is a survival-RPG developed by Black Forest Games. It immerses gamers into a post-apocalyptic frozen tundra where resources are scarce, and horror awaits.

The journey begins with Ash: The Leader. You can consider Ash to be somewhat of a Rick Grimes from AMC’s hit show “The Walking Dead.” It’s simple, the camp has been destroyed by some evil force that has plagued the frigid landscape. Ash is immediately accompanied by his 12-year old daughter, Alice. Her calming and innocent presence is juxtaposed with the desperate and urgent calamity that she and her father find themselves in. Alice eventually serves as a source of information once the camp becomes occupied by other survivors. Nevertheless, Alice along with the other survivors require sustenance, heat, shelter, and most importantly, safety from the terrifying dangers that lurk in the surrounding environment. 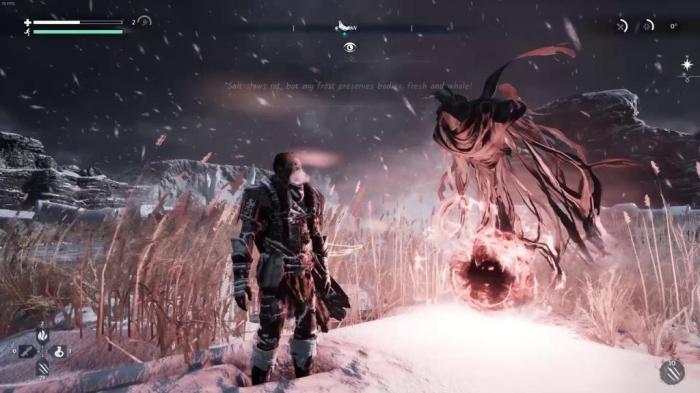 Essentially, your mission as Ash is to survive at all costs. However, you must approach each decision with tact and plan out all of your excursions carefully. Any careless action or inaction could cost a life, whether it’s your own or another poor soul’s. Ash faces challenges every time he ventures into the seemingly inhospitable sub-zero ecosystem. Yet… there are resources available. In some cases, certain resources are more abundant than others depending on the level of difficulty you selected at the beginning of the game. Half-the-battle of this game is acquiring resources and strategically using them to simply survive the elements. Complicating matters is the unpredictable nature of the elements. A blizzard can transpire at any given moment, so you had better be prepared to find shelter or have enough resources to keep you alive while you anxiously scurry to find refuge. There’s no two ways about it, this game is challenging. Casual gamers may find themselves flustered by the lack of resources available, as well as their inability to kill enemies with ease. But most disappointing for me was theslow burning storyline. As such, only gamers that are willing to dedicate a lot of time and effort into Fade to Silence will be rewarded. 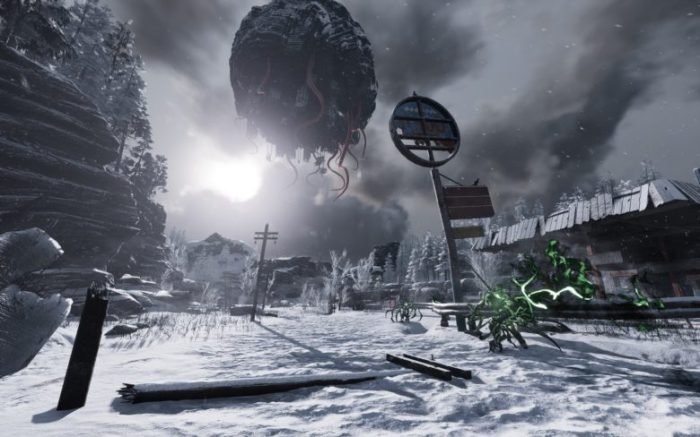 For me, Fade to Silence hearkens back to my childhood experiences of playing Resident Evil on the PlayStation. I was immediately intrigued by this contemporary survival entry. However, my initial impression of the game was inauspicious to say the least. I felt like I’d missed some important details from the introduction, or as if Fade to Silence was a sequel. The game basically throws you into the experience without providing enough palpable precursory details to allow gamers to understand the overall arch of the story. Ash is constantly pestered by a shadowy presence that resembles a dementor from Harry Potter. This presence is constant. The dementor’s chatter is depressing, negative, and demoralizing. I couldn’t help but compare this facet of the game to the auditory hallucinations that people with schizophrenia must experience. This experience was amplified for me, since I played this game with a set of good quality Bose headphones. Nevertheless, if you’re not bothered by the chatter, it can serve as a driving force to succeed in this game. I often found myself motivated to prove the dementor wrong and to survive in spite of its gloomy presence and fatalistic attitude.

The presentation in Fade to Silence is simply, OK. I wasn’t blown away by the details of the environment, and I was particularly underwhelmed by the seemingly arm-less monsters that hounded me throughout the journey. The sound FX and soundscape were adequate. I got the impression that this game had a decent budget and some talented developers, but I just wasn’t that impressed to be honest. 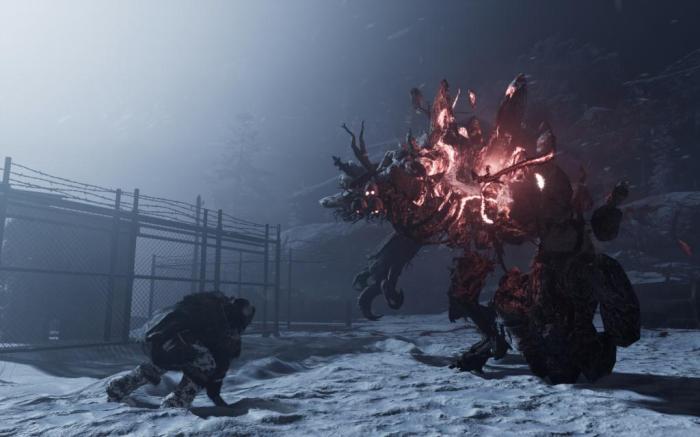 The gameplay has some issues. The mechanics of operating Ash are a bit clunky. For example, in order to interact with something, say chop down a tree, you must line up perfectly with the button icon presented on the screen to carryout the action. This can be very irritating, especially when you’re standing right in front of or beside the object you wish to interact with. The combat is mildly vexing. You may find yourself avoiding battles altogether, especially if you do not have enough resources to defend yourself. I cursed at my TV every time I fell victim to a random ball of flying lava shot from the distance. Another example of the clunky mechanics can be seen with the game’s hunting feature. I’d launch an arrow at a deer and somehow succeed as long as the arrow landed relatively close to the deer.

In my first 20 or so hours of playing the game, I felt like I hadn’t advanced the storyline at all. I uncovered a couple of quick cutscenes via flashback memories during rest periods. However, the cutscenes were very brief and didn’t reveal much. I kept finding reasons to turn this game off, especially when I’d be killed and would have to start over from scratch just like the original Super Mario Bros. for the NES. I wanted to like this game; I really did. I feel like there is a lot of potential for Fade to Silence as a franchise. I wouldn’t suggest going back to the drawing board, but I’d recommend that the developers gauge the feedback of the gaming community and use it to develop a tighter, a bit more linear, and more engaging gaming experience. In the end, there were just too many things about this game that I didn’t enjoy. I’m a gamer because I enjoy gaming, and Fade to Silence as an overall package did not deliver the goods in my experience. I can imagine Fade to Silence 2 being a significant improvement and one that I’d be willing to give a go.