Killing someone by throwing an oven at them is an experience unique to Streets of Rogue; the resulting house fire, the brawl with the fire department after they arrive, and the shootout with the cops that follows is why I love this game. It would be easy to look at Streets of Rogue, developed by Matt Dabrowski and published by tinyBuild, as just another retro-style roguelike, but that would be a mistake. Does it have retro visuals? Yes. Does it have a retro soundtrack? Yes. Is it a roguelike? Yes; but it is also more than the sum of its parts.

Streets of Rogue is an experiment in emergent gameplay. It gives you a sandbox, it gives you a skill set to work with, and it gives you some loose goals. In my first few runs, neutralize missions always ended with me killing the target. Then, while playing the Shapeshifter who can possess NPCs, I walked up to a target while possessing one of his allies and initiated a conversation. I was given the option to ask the target to leave town, and since I was disguised as one of his friends, the chance of success was 100%. I then realized that neutralize could mean many different things. While playing the Thief, who can pickpocket, I was able to complete retrieval missions nonlethally. I then learned I could also buy or trade for the quest item, giving me another non lethal option. Using the Hacker, I could crack safes and turn off security cameras in the buildings I needed to enter; or, I could play the Gorilla, go gather me a gorilla gang of three other hairy boys, and ape my way through missions, punching people through walls and eating bananas. 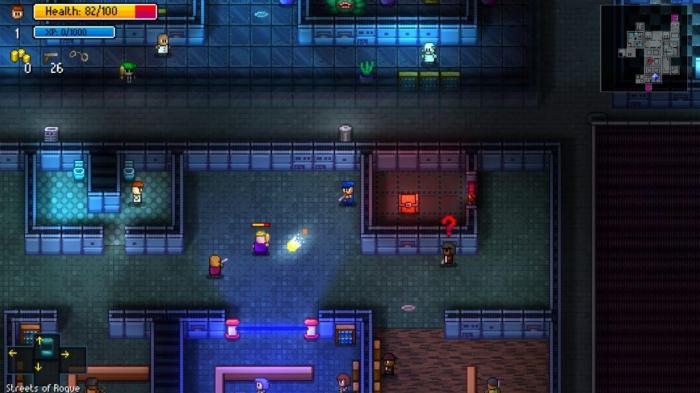 The game can range from punishing to cakewalk depending on character and mutators. Mutators allow some significant modification of the game. You can give guns infinite ammo, give melee weapons infinite durability, turn off emergencies (a series of random events that take place on a per level basis), turn the whole level into apes, or set the game on zombie survival mode and try to complete missions in the middle of an outbreak of the living dead. There’s dozens of mutators allowing you to customize the game how you want.

The goal of the game is twofold; complete a series of levels and become mayor of the city and level up and collect chicken nuggets to buy items and traits for further runs. Characters are unlocked by completing tasks, like bribing cops three times to unlock a playable police officer, and each character has a unique mission they must complete on every floor so as to unlock an even more powerful version. For example, the Thief’s pickpocket becomes invisible to everyone and he starts with a skeleton key and a safe cracker with infinite uses. Some missions are easy, such as the Solider needing to blow up generators, while others are quite difficult, like the Scientist needing to apply specific conditions to specific NPCs and then scanning them with a research gun. You can also create custom characters using traits and abilities you’ve unlocked; if these custom characters are below a certain power level, you can still gain nuggets with them, while more powerful characters aren’t able to gain nuggets. 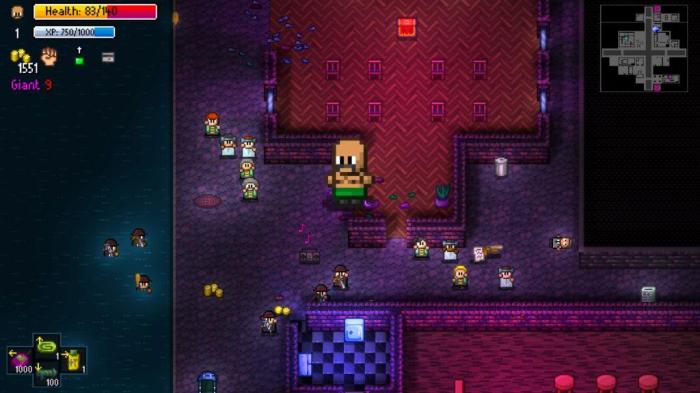 The game has co-op up to four players, but I was not able to play anything other than single player. I watched some videos of the co-op gameplay and the emergent qualities seem even more robust when you’ve got four different characters running around on a map causing chaos. I plan to pick Streets of Rogue up for some friends when it goes on sale, as I don’t see myself giving up on this game for a while.

At just over twenty bucks on Steam, I highly recommend this game for anyone who had a habit of causing chaos in a game like Skyrim just to see how NPCs would react. I would suggest one of the first things you do is unlock the Wrestler and try throwing an oven at someone and see what happens.